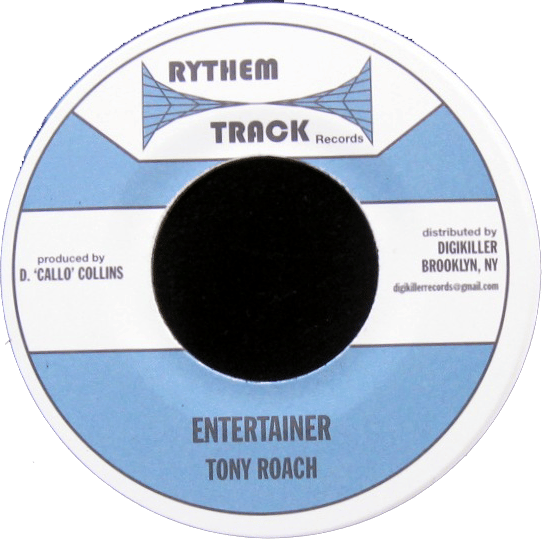 Over two years in the making, we present four masterpieces of digital reggae! Callo Collins' RYTHEM TRACK label was started in 1985, during the birth of the digital sound. And even as such early digital productions, the first batch of Rythem Track releases from that very year stand as some of the freshest and best productions of the entire 1980's digital era. The Rythem Track crew of 1985 was itself similarly fresh, a small group of talented young artists. There was deejay Little Bimbo, who would become the late great singer Garnett Silk, another future star named Tony Rebel, and a pair of terrific but historically under-recorded singers, Anthony Selassie and Tony Roach. Callo and Rythem Track continued producing quality dancehall music well into the 1990's, with more big tunes and big artists along the way. As evidence of Rythem Track's brilliance, here we present four of the best Rythem Track selections, three from 1985, and one from 1996. Tony Roach's "Big Bout Yah" has been one of our favorite tunes for years, the riddim a killer variation on 'tempo'. Next, Tony Roach's "Enterainer", voiced on one of the best-ever digital cuts of the 'green bay' riddim.