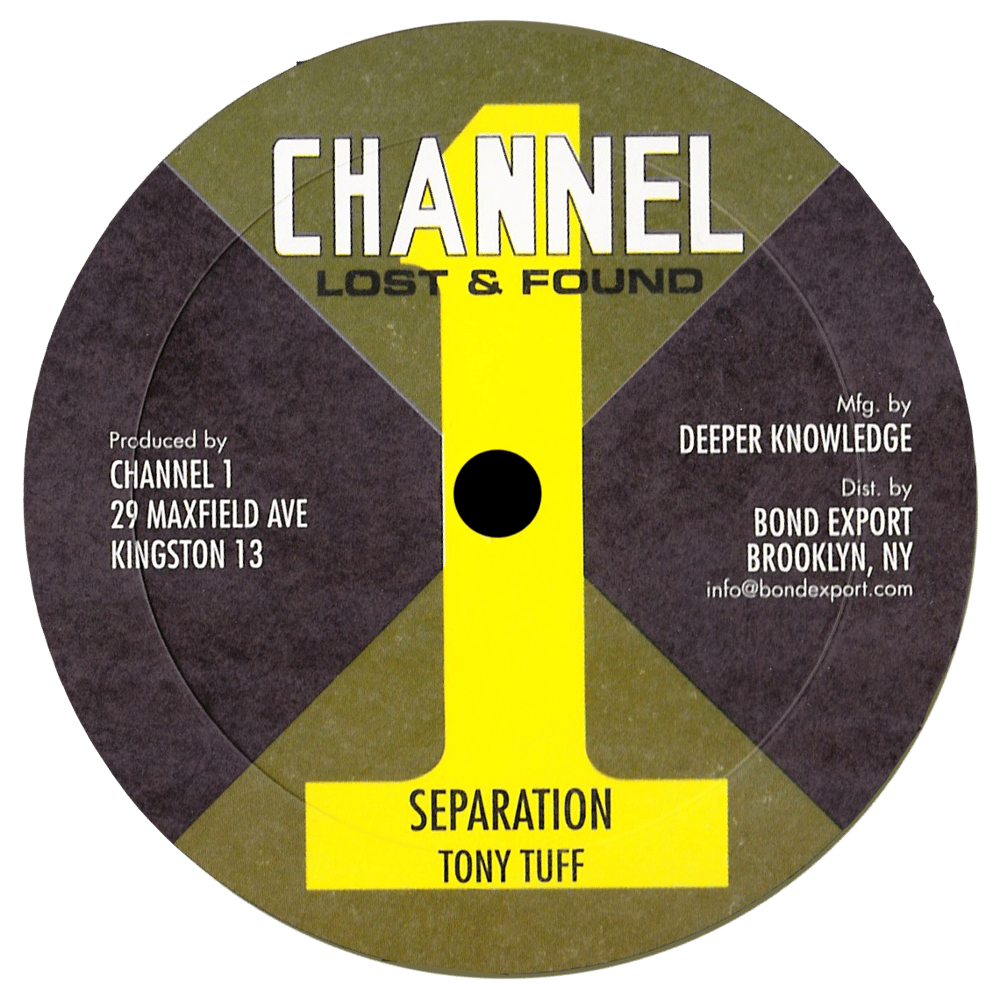 The Channel 1 Lost & Found series returns for it's fourth installment and it's the biggest and baddest one yet. A huge double-sider from Tony Tuff. Both of these tunes were cut for Channel's still-unreleased Tony Tuff album, but were making the rounds on dubplate and became favored by sounds. The massive "Separation" was played by Jah Shaka, and this original cut is, in our opinion, far superior to the second version Tony cut shortly after for his self-produced album on the CSA label. "How Long" is an awesome tune on Channel's cut of 'truth & rights' which became an anthem for Jah Love soundsystem. Again, both sides with dubs!