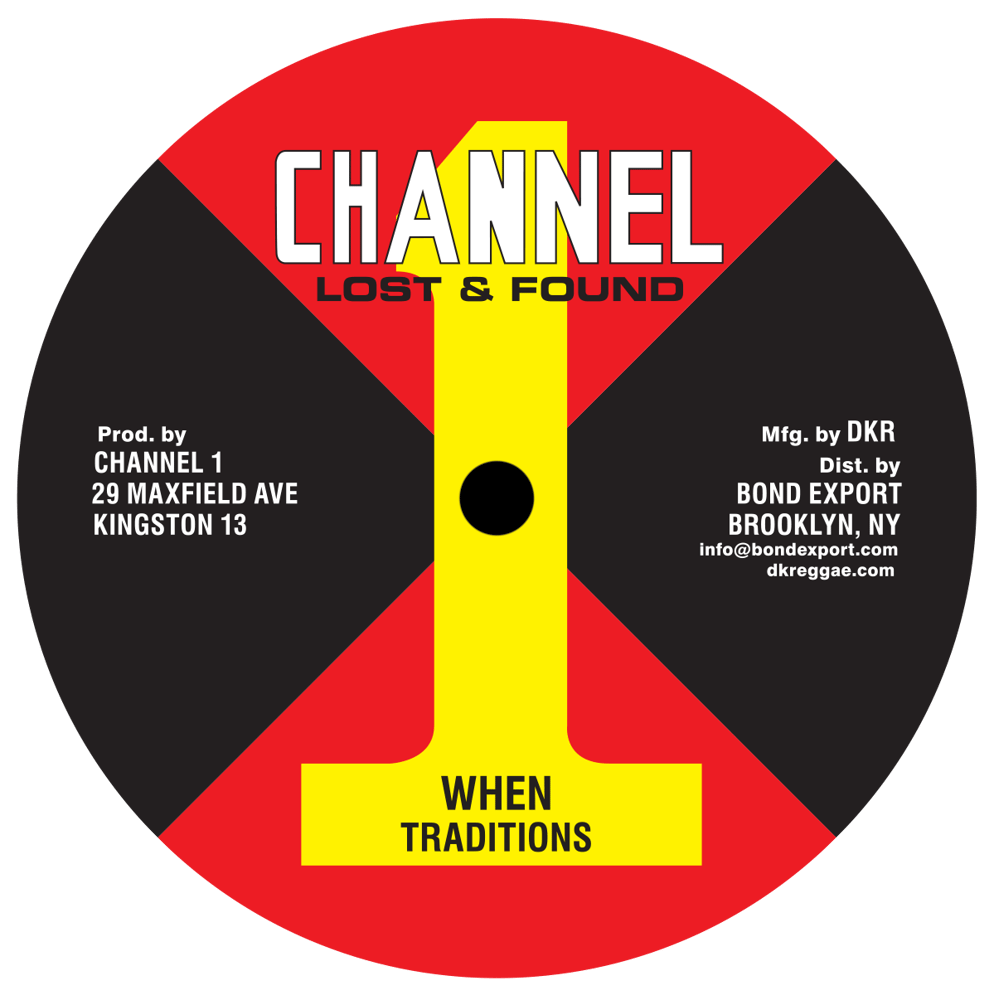 Two killer unreleased tunes from the early '80s. The Traditions were a group with seemingly no other released tunes. We suspect one of the members was Roy "Soft" Palmer, the late Greenwich Farm singer. Roy, with only a handful of solo cuts to his name, was seemingly more often a harmony singer than a lead singer, as he was part of both "The Spears" who backed Junior Ross, and "The Nazarines" who backed Frankie Jones (real name Anthony Palmer), who was also Roy's brother. In any case, "When" is at last a next cut to the rhythm used for Barrington Levy's "The Winner", a Channel 1 classic which long time Channel diehards have always wished had more cuts. "Get Ready" aka "Train is Coming" is yet another cut on the immortal "Fight Fight" rhythm which we just can't get enough of, hard Channel style. Both sides with dubs.