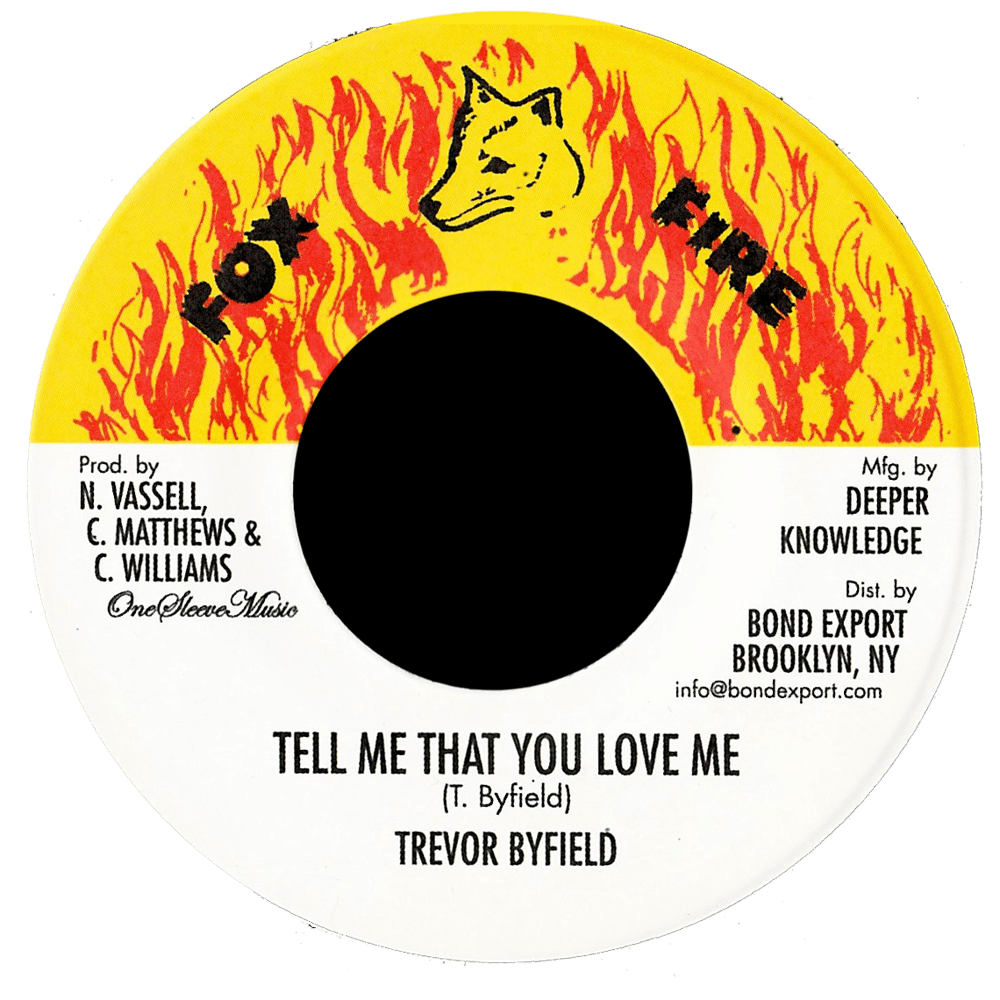 Trevor Byfield - Tell Me That You Love Me 7" (Fox Fire)

This batch of releases is what Deeper Knowledge Records is really all about - showcasing and making available fantastic music that has been rarefied, but with no correlation to its quality. That is to say, music that we feel is every bit as great as well known, much-loved and canonized classics, but just never reached the ears of as many folks, only due to its unavailability. And the music made by the close-knit foursome of Trevor Byfield and Clive Matthews as artists, and Norman "Fox Fire" Vassell and the late Clinton "Percival" Williams as producers, is just that. Starting in the late '70s and into the early '80s, this foursome cut some of the best and heaviest roots reggae tunes of the era. We will be issuing eight great singles from these folks. Trevor Byfield's "Tell Me That You Love Me" is one of the most dread love songs that we've heard, and the flip is one of the most truly psychedelic, heavy and unique Tubby's dubs ever mixed. In fact, the crew liked this rhythm for this song so much that they cut three tunes on it!