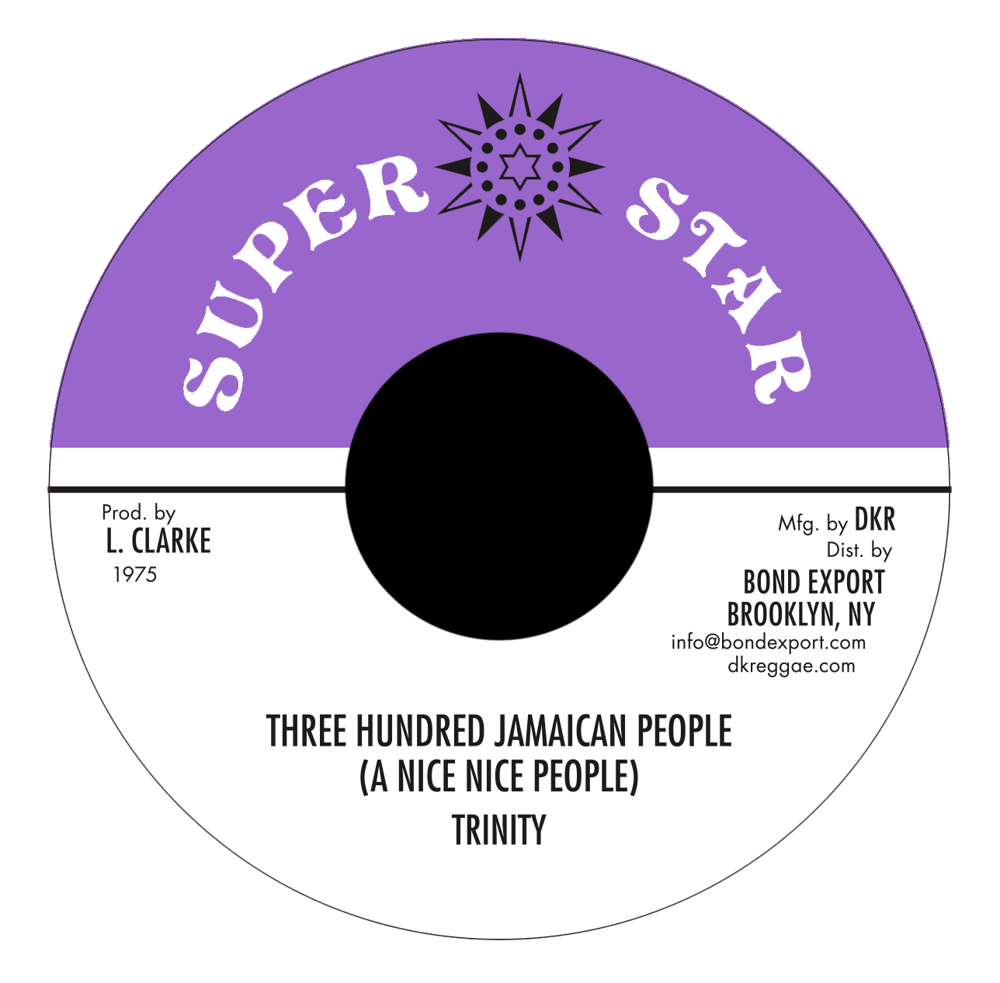 Trinity's deejay piece to Lloyd Clarke's "Hell and Heaven", cut when Trinity was at the height of his powers in 1975. Trinity does a little ode to his countrymen over this heavy Sly & Robbie rhythm. Trinity's cut is best know following LLoyd's vocal on the UK 12" release on the Spectrum label, but it was also released in apparently minute numbers in Jamaica on a 45 on the Volume One label, very seldom seen or known to exist! Even better, that release features a unique dub on the flip, different than the dub on Lloyd Clarke's vocal 45. The Trinity 45 is now re-released on Lloyd's Super Star label.