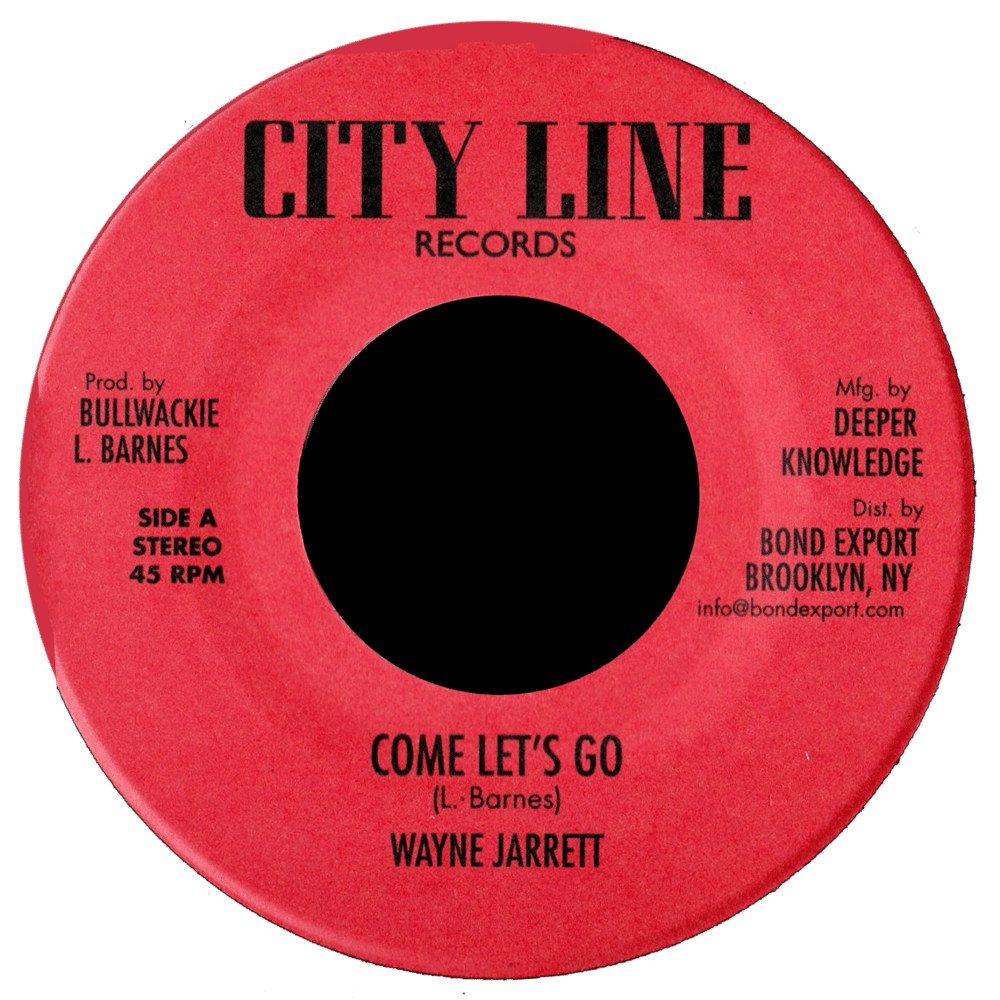 by Jerry Johnson and Wayne Jarrett

A long time in the making, part one of a new series of reissues produced by the great Lloyd "Bullwackie" Barnes. So many Wackie's productions are long among our personal favorites, and some helped introduce us to the wonderful world of Jamaican music. We'll be issuing many now hard to find singles as well as some previously LP-only tracks and other surprises! Our first selection of singles all appear, of course, on their original labels. Wayne Jarrett rose to notoriety with Wackie's, and this single is one of his all-time best, backed by a great horns version by Wackie's stalwart horns man Jerry Johnson.