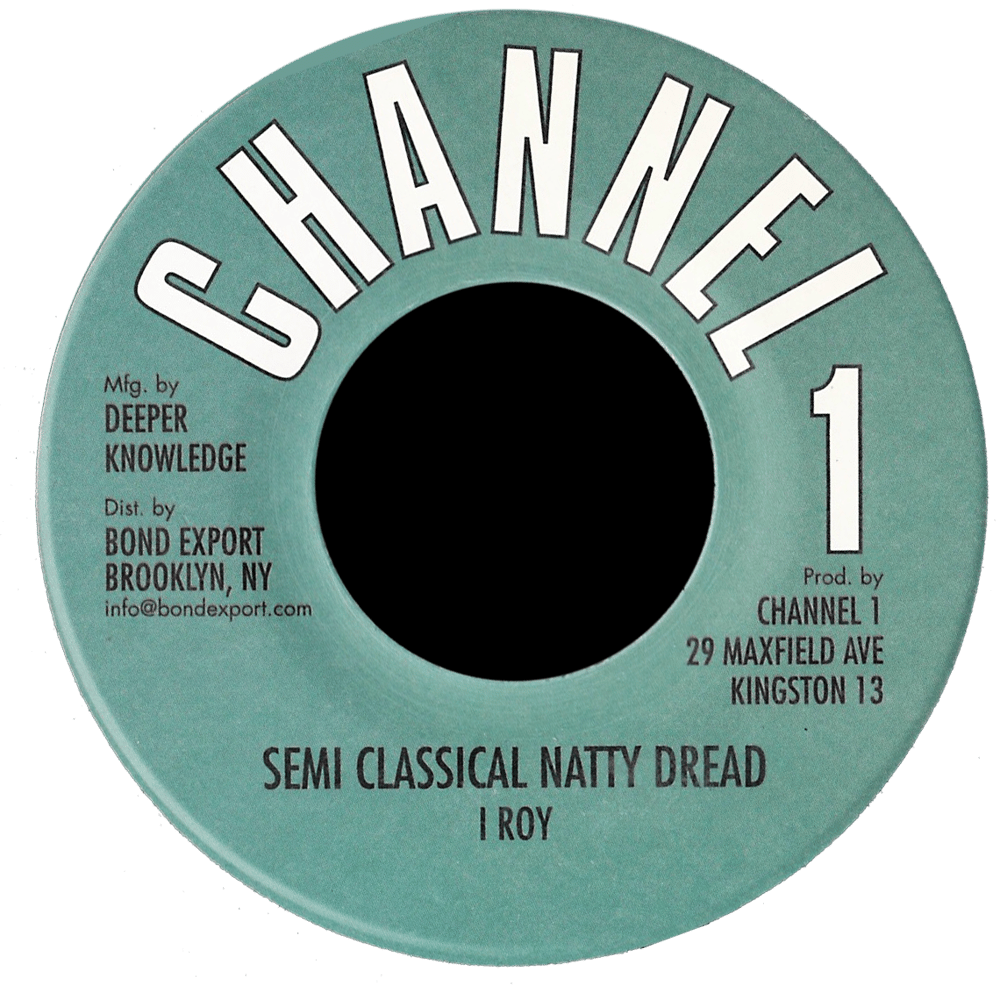 by Enforcer , I Roy , and Revolutionaries ,

Rewinding back to the '70s now, with a total killer tune from our man the late I-Roy, the original Channel 1 deejay and our favorite of the decade. His "Musical Shark Attack" LP for Channel 1 is our favorite deejay album ever, brilliant toasting over some of the all-time hardest Maxfield Avenue rhythms. A few months ago we brought out one of the cuts on this album on single for the first time, the militant "Tribute to Marcus Garvey", and it's vocal counterpart by Leroy Smart, "Oh Marcus." Both are backed with the rhythm's previously unreleased dub version, and both still available! So in continuing that, here's another I-Roy cut, again, from the 'Musical Shark Attack' LP and again on single for the first time. All Channel diehards should know this tunes, as it's the deejay cut to our man Enforcer's all time classic roots tune "Ride on Marcus." The I Roy vocal is backed by the Revolutionaries' dub "Drastic", previously only released on the hard to find UK-only "Revolutionaries' Sounds Vol. 2" dub LP on the Ballistic label. While this dub features snatches of the Enforcer's vocal, take note that it is unique, a different mix to the one featured on the b-side of the Enforcer 45! Some straight talk from I-Roy on this tune, we find him giving sound advice when he says, "now be careful what you're saying, because your mouth is gonna get you into something, your ass ain't gonna able to take you out of!" Gwaan Mr. Reid! RIP I-Roy.